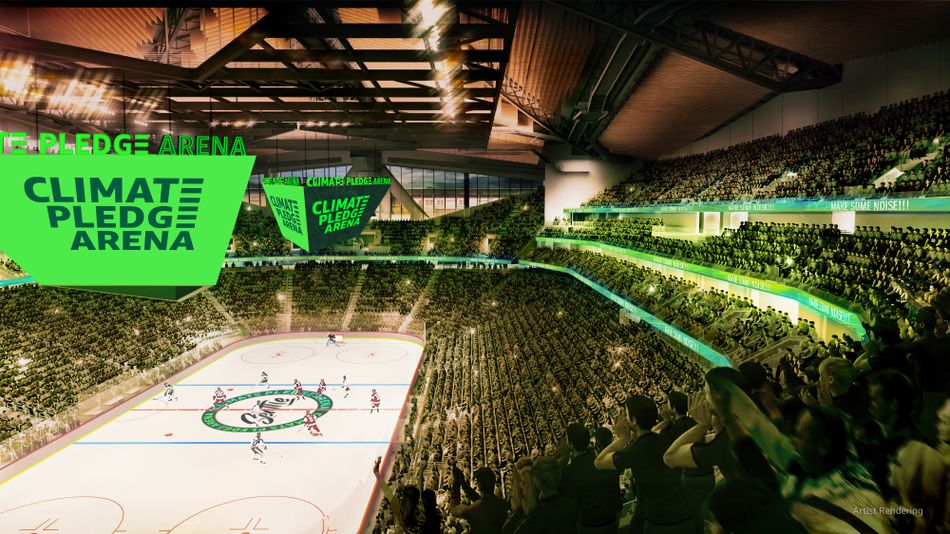 In an act of immense humility, Amazon announced Thursday that it had secured the naming rights to the future home of Seattle’s National Hockey League (NHL) team and will be calling it the “Climate Pledge Arena.”

The name refers to the “climate pledge” Amazon announced and signed on to in 2019, which asks businesses to commit to becoming carbon neutral by 2040.

On Tuesday, the company announced that its carbon footprint grew 15 percent in 2019 compared to 2018.

Welcome to the first net zero carbon certified arena in the world.@amazon, #NHLSeattle & @oakviewgroup are excited to announce a partnership to name our future home Climate Pledge Arena & use our platform to take action against climate change → https://t.co/BrbV4rDOOO pic.twitter.com/I6FBf1euIK